We measure ocean currents by emitting radio waves from shore-based transmitting antennas that travel along the ocean's surface. The radio waves are scattered by the rough surface of the ocean (ocean waves) and part of the scattered energy returns like an echo to a receiving antenna.

The received echoes contain information about the range, direction, and speed of the current in relation to the antenna location. Combining this information from two or more antennas allows us to construct surface maps of current speed and direction.

Although the technology we use to measure ocean currents is typically called "High Frequency Radar" of "HF Radar", a more accurate name is "HF Radio". Ocean current transmitting antennas operate at similar frequencies to broadcast radio and TV, but at much lower power levels (0.1% or less). The transmitted energy, comparable to the power of a household light bulb, is harmless to humans and animals.

The California high-frequency radar (HFR) network was established in 2002 by the Coastal Ocean Currents Monitoring Program (COCMP) to monitor coastal ocean surface currents in real-time and provide surface current forecasting capabilities as mandated by state funding propositions. CeNCOOS worked with COCMP to expand the HFR network in the region, and received funds for operating costs and began creating and distributing products to address stakeholder needs. California State funding for the program ended after 2010.
Current operational funding comes from solely NOAA, with a portion of our overall grant directed specifically to operating HF Radar stations. This funding covers operations and maintenance for a subset of our original HF Radar stations. These priority stations are chosen at the federal level and are selected by the economic/commercial importance of surface current measurements. leaving CeNCOOS and SCCOOS funding (estimated at 1/3 of the funds needed) to try to maintain the HFR network. View a 2009 PDF booklet of HF Radar uses and station locations produced by CeNCOOS, SCCOOS and COCMP.

The HFRadar Network (HFRNet) was established to handle the data delivery of near real-time surface current data from HF Radar stations across the US. Data from the distributed national network of HF Radars is sent to the Coastal Observing Research and Development Center (CORDC), where it is then processed and served publicly in near real-time. HFRNet provides reliable data telemetry, archiving, and integrated processing for a growing list of near real-time products in a scaleable manner for a growing user community supported by the Integrated Ocean Observing System. For more information vistit the CORDC website. 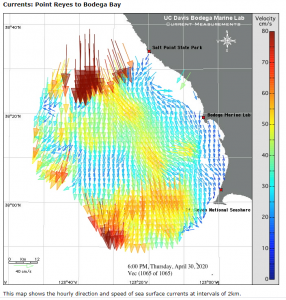 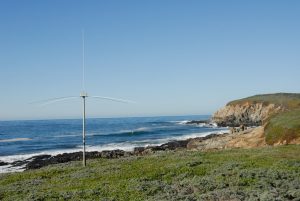